The eruption that broke out on March 5, 1770, was really a clash of two differing opinions. On one side was a number of American colonists that had had enough of King George III and his sudden attempt to gain revenue for Britain by heavily taxing the colonies that he had all but neglected for the majority of their existence. On the other side were British soldiers, loyal to the Crown, who had been sent over to the colonies to put down those that were rising up against the King. After all, the colonies existed for the purpose of bettering the mother country, and Britain was in need of money after fighting the Seven Years War (also known as the French and Indian War). On March 5th, a group of Bostonians, irritated with the British soldiers guarding the Boston Customs House, decided to throw debris at them. Understandably agitated with what had occurred, the soldiers proceeded to fire at the crowd of colonists. Five colonists were killed, and news of the event spread like wildfire in the days following. Paul Revere printed Henry Pelham’s image of the clash and titled it “The Bloody Massacre”.

Looking at the facts that historians have collected surrounding the event in 1770, it’s clear that it was not a “massacre” in any way. However, this exhibit looks at Pelham’s famous image along with newsaper articles and other art portraying the Boston Massacre, and pushes us to consider how multiple people can experience the same exact event and yet take away something completely different from it. As human beings with our own experiences, it’s impossible for us to look at an occurrence with total objectivity. Therefore, this leads us as historians to question what agenda the artist or writer had and what kind of reaction he was attempting to pull from the public. And furthermore, what did it mean in the 1700s to bring people information about something that happened when there was no modern technology to instantly capture the event?

Democratic Congressman Stephen F. Lynch is an American politician. He served in the Massachusetts Legislature as a Representative in the United States House of Representatives for Massachusetts since 2001. After high school, he worked alongside his father; then he became an apprentice ironworker. He was the only boy out of six children, and he was very attached

to his father’s path. He enrolled

at Boston College Law School and graduated in 1991.

The experience of working with ironworkers and as a lawyer has given him a deep concern for social problems. He became interested in politics at a young age after he became president of The Workers Iron Union when he was only 30 years old, the youngest person to ever do so. He entered

for almost two decades as an ironworker, attending night school to earn

from Wentworth Institute of Technology in Construction Management. He became very involved with his local union and became the youngest President of it. He then attended Boston College in pursuit of a law degree

law in Massachusetts and New Hampshire shortly after. He became involved in public service and politics during his career

as a lawyer. After he was elected to both the Massachusetts House of Representatives and State Senate he attended Harvard University

Under the grip of Nazi Germany, Vichy France collaborated with their Fascist allies, and with this collaboration, an extensive underground resistance was born. A signifigant part of the resistance was the women who fought alongside men against Vichy France. This begs the question:

To what extent was the contribution of women in the French Resistance recognized by society after the war?

Unfortunately, Despite having taken an equally important role in the French resistance alongside their male counterparts, after the war, most former female French resisters reverted back to their traditional roles and did not receive recognition for their services until years later.

To show the scope the involvment resistance, we have focused on the stories of four individuals as they lived under foreign occupation, working towards the goal of liberation. Their lives, actions and outcomes define a signifigant part in the fight against the Third Reich. 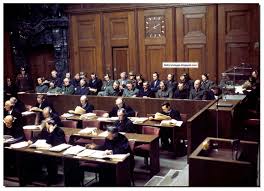 The Impunity of the Salvadoran Civil War

This exhibit was created to examine the effects of the civil war in El Salvador (1980-1992) on the Salvadoran people. Our team uses the information presented to illustrate how the Salvadoran people were continually ignored and exploited due to the balance of powers and anti-Communism.

The historical Salvadoran civil war is often relayed in the United States thorugh the perspective of U.S. foreign policy, the murders of six Jesuit priests, or the democratic transition of the country's politics. We hope to honor the people of El Salvador through presenting their story in the best of our abilities admist limited time and resources.

Our team has worked to create this exhibit as a gateway of public history to honor our responsibilities as historians.

Research question: What were the effects of the El Salvador civil war on the Salvadoran people?

Thesis: The Salvadoran people remain exploited and disenfranchised after the civil war due to the priority of preventing the spread of Communism.

This exhibit explores how art was used to affect public perception of Napoleon Bonaparte throughout Europe both during and after his rule. Through his own commissioned depictions as a heroic and charitable leader, cartoonist's satirical political cartoons, and post-Napoleonic historical paintings we see many sides of this French emperor. Napoleon affected the course of art history in Europe through being an inspiration to artists of all mediums and alliances to create and evolve their craft. With this analysis we intend to see how European artists preserved Napoleon's legacy to either glorify or demonize the emperor.